You are viewing a preview version of this site. The live site is located at: https://thirdopinionpodcast.com

What do you get when you put two Jews in a room?

It’s an old joke with a real kernel of truth.

When we talk about current events and the pressing issues facing the Jewish Community and the state of Israel, we might only agree to keep seeking the truth until we find the best answers. 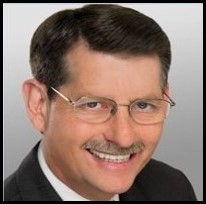 Mike is a 12-time Emmy Winning Investigative Reporter -- the only broadcast journalist in the state of Florida to be honored by the Society of Professional Journalists as the Florida Journalist of the Year. In all, he has been nominated for more than 40 Emmy Awards.

Mike was also honored with the Lifetime Achievement Silver Circle Award from the National Academy of Arts and Science (NATAS) and is a six-time winner of the Green Eyeshade Awards (the longest-running journalism competition in the southeast sponsored by the Atlanta Chapter of SPJ).  He is also a two-time winner of the Edward R Murrow Award and winner of more than 50 Associated Press and United Press International Awards including Top Broadcast Journalist of the year at least once in each of four decades. Mike was also chosen as the Outstanding Broadcast Reporter in the Southeast.

A graduate of the University of Missouri School of Journalism, Mike has been a working Journalist since the 60s spending 35 years at WTSP TV, the CBS Affiliate in Tampa Bay. 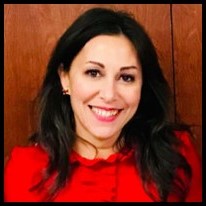 Laureen is a proud Zionist, driven by her love for the Torah’s principles of justice, mercy and tzedakah. That's probably why, from the age of 5, she knew she wanted to be a lawyer. A passion for justice and mercy drove her and for twenty years she practiced law. Now she pursues tzedakah with the same determination and passion.  No stranger to tough battles, she uses her skills acquired in fighting corporate cases to speak out against anti-Semitism and to be a powerful voice for Israel.

In the community, she has been an active volunteer for the Tampa JCCs and Federation serving on the board and as a former annual campaign chair. She has also held many roles with the American Israel Public Affairs Committee (AIPAC), including serving as its regional chair.

Married to her husband, Scott, in Jerusalem, the couple is committed to Israel’s future, Israel’s peace, and peace for all humanity, in the Middle East and around the world.

Our past special guests include: